Greenwood Acres is a small, older neighborhood situated just off Walnut Street in Cary, conveniently located between Cary Towne Center, Crossroads shopping centers, 140, and US1. Growing up in Greenwood Acres, my family appreciated the ease of transportation to downtown Raleigh and the proximity to great Cary amenities like the Cary Swim Club, churches, library, multiple grocery stores, restaurants, and services that are within just a mile or two. Less than two miles away, Cary Downtown has gone through a recent revitalization and has several restaurants, shops, and a brand new community park! 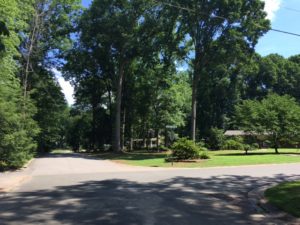 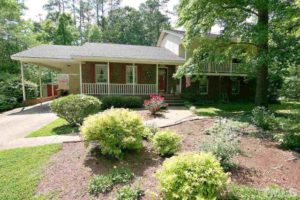 Besides these wonderful amenities, living in Greenwood Acres also gave us plenty of peace and quiet. Though the neighborhood is roughly a minute from highways and commerce, the backyard was always full of singing birds and our screened porch was a much-needed haven from the outside world. This kind of luxury mixed with tranquility is still a staple of Greenwood Acres! 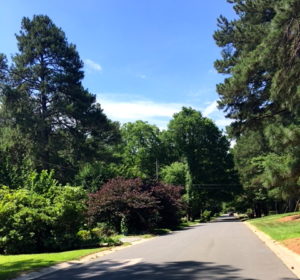 The homes are neatly tucked back from the road, allowing homeowners to enjoy privacy along with gorgeous, shaded, and large front and back yards. With wide, secluded, and shaded roads, you’ll see many residents walking their dogs through the neighborhood and on the Greenway. Cyclists are a common sight as well. If you are keen on raising backyard chickens, a couple houses have these too! Growing up, there was even a beekeeper next door. At least one family in the neighborhood still has bees.

There are several paved walking paths that take you to the beautiful Walnut Street Park that consists of a large open area, play structures on padded surfaces, bathrooms, picnic tables, and water fountains for people and dogs! While this park is conveniently located for residents of Greenwood Acres, it is a public facility built and maintained by the Town of Cary, so it is open to the public! http://www.townofcary.org/recreation-enjoyment/parks-greenways-environment/parks/walnut-street-park

There is also direct access to Cary’s Greenway system via the public access at the end of Greenwood Circle. You can also go through to Pirate’s Cove and the surrounding neighborhoods at the same access point. There are actually two Greenwood Circles in Cary! They could have been a single street but are only connected by the greenway access point which wasn’t built until the 90s. This caused much consternation for drivers before the age of GPS! 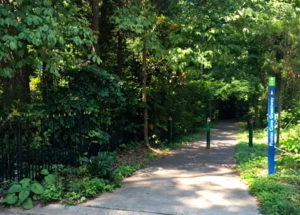 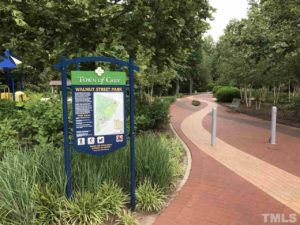 Greenwood Acres is made up of older single family homes on large, wooded lots (most 1/3 to 1/2 acre but some over an acre!) Most homes were built from the late 50s through 70s and range from ranch styles to split levels with two stories. However, there are several homes that were built in more recent years (the late 90s to early 2000s) on lots which had previously been empty. Some of the homes have gone through extensive renovations, both to add square footage and to update to more modern architectural styles. Square footage of the homes in this neighborhood ranges from 1400 to 3500, with most homes having around 2000 to 2400. There is no HOA or required fees for homeowners. Prices range from the high 200s to mid 300s, though there a couple homes that range from low 400s as well. You enter the neighborhood on Greenwood Circle, just next to the Walnut Street Park. 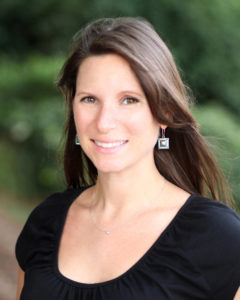 This post was written by Northside Agent, Bonnie Gambardella:

Born in upstate NY, Bonnie moved to Cary with her family in 1989 and grew up attending Catholic school in Raleigh. After earning a BFA in Design in Greensboro, she moved to New York, NY where she began a diverse career that would eventually lead to Real Estate. After more than a decade, she returned to Cary in 2012 with family in tow to happily pursue dreams of homeownership. Thus, her role as both a Triangle local and transplant gives her a unique perspective that allows her to serve clients in either situation! Bonnie loves first-time homebuyers as she loves to share the joy and excitement of this milestone with her clients and guide them through this process as easily as possible. Bonnie lives in downtown Cary with husband Doug, owner of Chatham Street Wine Market, their son Gabriel, and their two rescue pups, Biscuit and Betsy.